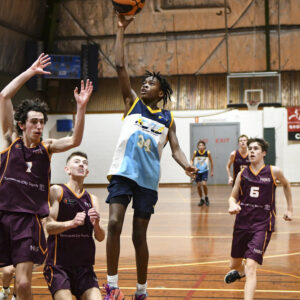 In what has been explained as an investment in Australia’s Future Sporting Champions, The NSW State Government, working with the Office of Sport, have confirmed funding over the next three years with the NSW Regional Academies of Sport (RAS).

The funds will be used for regional talent identification in regional NSW areas before placing those recognised young athletes into quality pre-elite programs managed in their home region. It gives prospective future champions the chance to develop and train at home connecting these young people with quality coaching and high performance support resources without the necessity of moving to metro areas.

The funding comes ten years out from the Brisbane 2032 Olympic Games and confirms the NSW RAS network as a breeding ground for our country’s Olympic Champions. Considered by some as one of the most successful junior sporting talent programs, the RAS can boast that 59 past athletes have gone on to represent their country in the past two Olympic Games, those being Tokyo and Rio De Janeiro. Further to that impressive statistic, those past Academy Alumni went on to win 31% of our nation’s medal haul at those two events.

Chair of the RAS Network, Mr. Brett O’Farrell said “We know the average Olympian that competes is aged between 24 and 26 years of age, looking forward to Brisbane 2032, and knowing that our athlete cohort is primarily aged 14 to 16, it simply makes sense to invest in the young sporting generation in regional NSW right now.”

Other benefits of the funding will be used in partnerships with State Sporting Organisations and the NSW Institute of Sport and will allow for important research projects and coach development programs across the state. There will also be inclusive talent identification programs concentrating in under-represented groups in regional NSW. These specifically designed talent ID days focusing on finding more participants to the high performance pathway from Aboriginal backgrounds, multi-cultural communities, disabled and dis-advantaged families in regional NSW and at the same time build on the capacity for regional youth leadership.

O’Farrell continued, “Not only is the Academy of Sport system within NSW proud of the number of quality athletes it produces, but our investment in developing young people is probably our highest priority. We believe we are playing a strong part in creating job ready, mentally resilient people. Our aim to support the future generations to lead a healthy lifestyle that ultimately shapes our country.”

The NSW Office of Sport has long been a valued supporter of the RAS network and right now is the correct time for investing in our Future Champions. We are Bound for Brisbane 2032, the next ten years will be exciting to see the talent develop from Regional NSW, and this funding will provide a launching pad for success and confirm the Regional Academies of Sport as the leader in pre-elite multi-sport programs.