The Regional Academies of Sport (RAS) alumni have won 16 medals at the Birmingham 2022 Commonwealth Games, including ten gold, four silver and two bronze.

The 20 RAS graduates competed across seven sports, with 60% of these athletes returning home from the Games with a medal.

Emma McKeon, past Illawarra Academy of Sport (IAS) athlete, continued with her phenomenal form in the pool claiming a staggering six gold medals, one silver and one bronze in Birmingham. McKeon’s medal tally broke records for most career gold medals (14) and most career medals (20) at the Commonwealth Games. Her eight overall medals in Birmingham also equalled the record for most medals at a single Games, and her six gold medals equalled the record for most gold medals at a single Games.

The Kookaburras proved their dominance on the hockey pitch as they continued their record of never losing a gold medal at the Commonwealth Games when the Australian Men’s Hockey team, featuring Matthew Dawson (CCAS/HAS), Blake Govers (IAS) and Flynn Ogilvie (IAS), blitzed India 7-0 in the final.

Jesse Southwell (HAS) and the Australian Women’s Sevens side claimed gold with a 22-12 win over Fiji, becoming the first team to lose a pool game and win gold.

“With RAS sitting in 8th position if we were a country, we are incredibly proud to see our network graduates produce outstanding performances, contributing to 15% of Australia’s gold and 9% of Australia’s total medal count. It is a fantastic reward to represent Australia on the world stage following years of hard work, determination and persistence,” Chair of RAS, Brett O’Farrell said.

“These athletes inspire our current cohort mainly aged between 14 and 17 years of age, and we look forward to seeing them follow in their footsteps as we lead towards the Victoria 2026 Commonwealth Games, and Brisbane 2032 Olympics.”

RAS was proud to be represented in the Green and Gold by:

Hunter Academy of Sport (HAS): 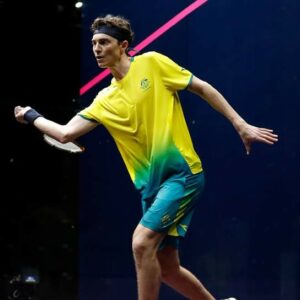