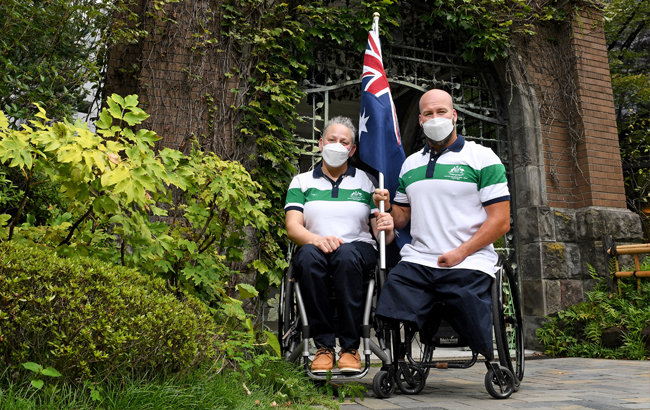 Ryley Batt, dual wheelchair rugby gold medallist of King Creek, Port Macquarie and North Coast Academy of Sport alumnus will be part of the first pair to carry the Australian flag into the stadium at a Paralympic Games opening ceremony after confirmation yesterday (23 August 2021). Batt will couple with Danni Di Toro to raise the flag at this evening’s ceremony in Tokyo as part of Australia’s 179 strong team. Both Batt and Di Toro are co-captains of the Tokyo 2020 Australian Paralympic team.

Batt and Di Toro will enter the National Stadium in Tokyo tonight representing Australia’s entire contingent of 179 Para-athletes, a sign of the times as the rest of the team will be watching on from the Australian Team headquarters in the Paralympic Village.

Batt is admired across Australia’s sporting community and for good reason. He first competed for the Steelers Australian wheelchair rugby team at the Athens Paralympics as a 15-year-old and was a member of the team that won silver at Beijing 2008.

By the 2012 London Games Ryley had risen to become one of the world’s best players and led the Steelers to their first gold medal, which at Rio 2016 they came back to successfully defend.

Kate McLoughlin, Australia’s Paralympic Chef de Mission said in a statement she chose Di Toro and Batt because they had “been the rock” for the Australian team throughout the Covid pandemic for Australia’s elite Para-athletes.

“Given what we’ve all gone through over the past 12 months, I could not pick more deserving, more supportive athletes who have been there for each and every one of this Team,” McLoughlin said.

Batt has come through the Regional Academies of Sport and NSWIS athlete pathway, to lead onto winning consecutive Paralympic gold medals (2012, 2016) as well as a World Championship title (2014) within the same four-year period.

D’Arcy Van den Bossche NCAS Executive Director said of the moment, “Ryley is a fierce competitor and true leader, NCAS couldn’t think of anyone better to represent our region and country.”

“We will all be glued to our tellies and second screens in our offices from tomorrow as the Steelers begin their Paralympic campaign.”

Ryley Batt as part of the Australian Steelers kick off their pursuit for a three-peat of Paralympic gold medals tomorrow, August 25 at 3pm AEST. The Paralympics open Tuesday and run through September 5. 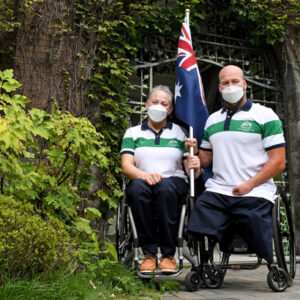