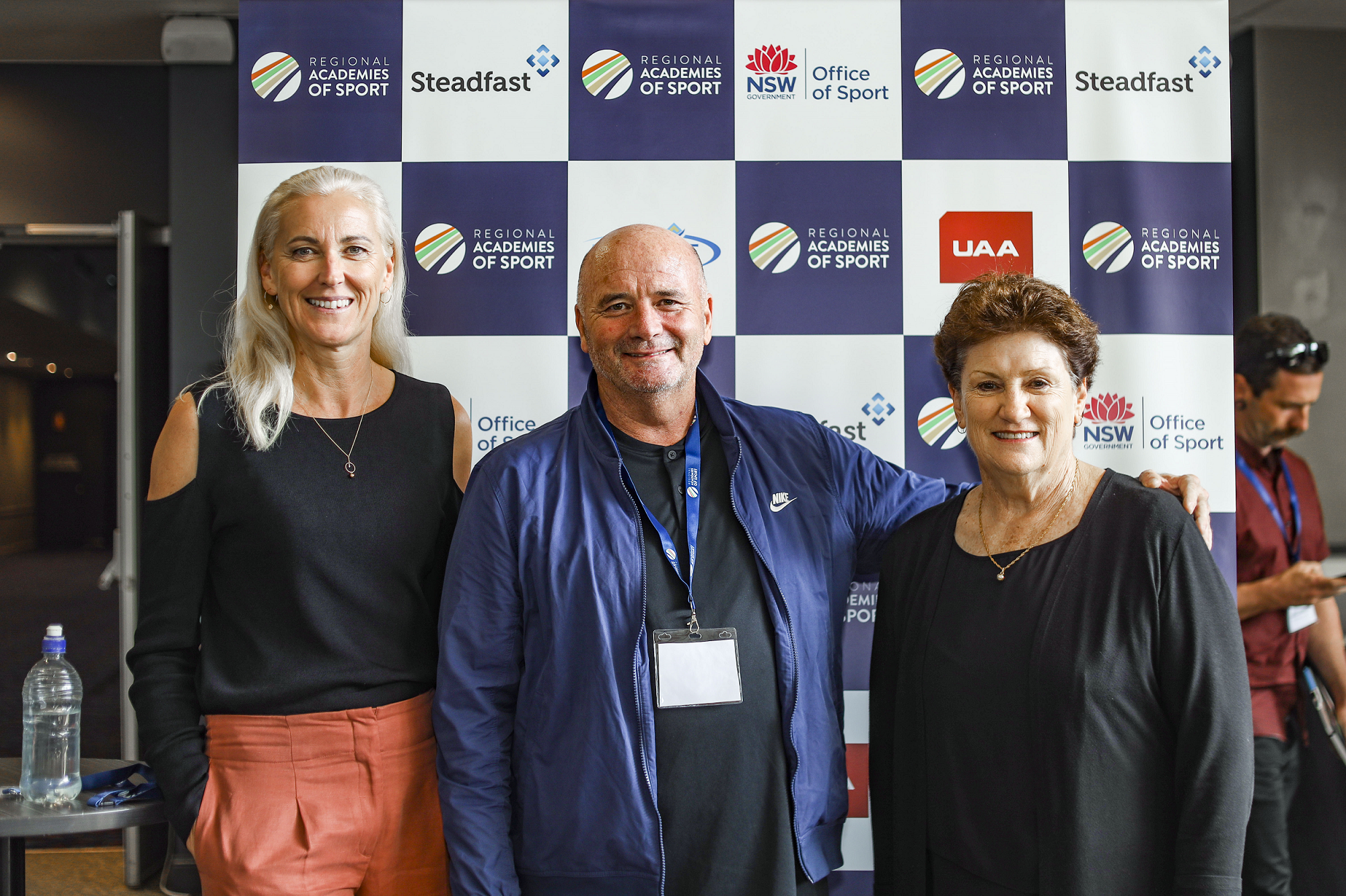 Close to 130 regional coaches, administrators and staff came together at Mingara Recreation Club, Tumbi Umbi, on May 8th for the inaugural 2022 Regional Academies of Sport (RAS) Coaches Conference.  This event was delivered as a ‘first’ for the RAS network, an opportunity to upskill the coaches across NSW but also a chance to acknowledge and say a very sincere thankyou to the many volunteer coaches who support the pre-elite athlete pathway in NSW.

The conference focused on the theme of Bound for Brisbane 2032. With the current crop of RAS athletes in the average age bracket of future Olympians, they become a realistic chance to compete in Brisbane 11 years from now.  A strong decade long pathway with strong working relationships with the Office of Sport, Australian and NSW Institute of Sports will be vital to long term future success of the current cohort of RAS athletes. The coaches who attended the conference are an integral component of readying these athletes for Brisbane 2032.  The opportunity to bring together over 100 regional coaches to upskill them and to then enjoy a relaxed conference dinner was a RAS initiative long in the making.

Ian Robilliard OAM, Managing Director of the Central Coast Academy of Sport and function host Academy said of the event: “The first RAS Conference was a huge success, the fact that regional coaches were hosted on the Central Coast at two fantastic facilities in Mingara and Crowne Plaza was in itself outstanding.  That coupled with a great line up of speakers and a live outside broadcast with the Sports Entertainment network (SEN) with Saturdays on the Coast live from Mingara was also a great inclusion for the event. The first conference has set an extremely high bar for future events and while the hosting of the event in under consideration by the RAS network, I would be disappointed if the event moved after such an outstanding event in our first attempt. The economic return to the region was also significant and this too has delivered on our commitment to Destinations NSW, congratulations to all involved”.

Kevin Thompson, Chief Executive of NSWIS followed, “The 2022 RAS Coaches Conference was an overwhelming success, bringing together the state’s best coaches and providing the opportunity to reignite after COVID-19. NSWIS was proud to invest in the opportunity, alongside the Office of Sport, to create a platform to further educate, collaborate and celebrate the achievements of regional coaches. Coach development and regional planning are critical in developing the next generation of world’s best athletes ahead of Brisbane 2032, and I look forward to more opportunities to continue develop these pathways. I look forward to this conference becoming a regular event!” he finished.

RAS is already planning a Coaching Conference Extension Program, aimed at introducing the network of coaches to another host of extremely well qualified professional coaches. This program will build on their personal development by creating a strong mentoring program across regional NSW.

The RAS network would like to take this opportunity to thank the sponsors of this event; The NSW Office of Sport, NSWIS, Steadfast, Destinations NSW, UAA and Mingara Recreation Club.